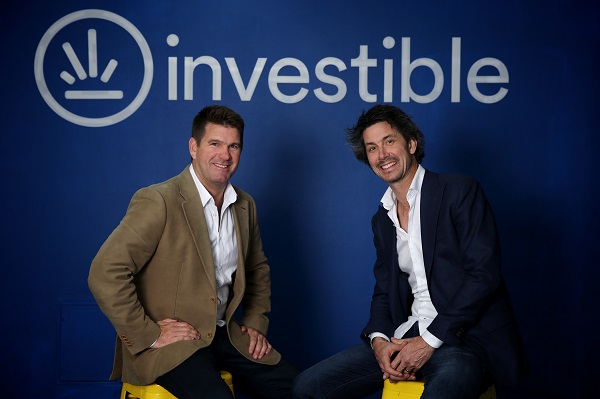 Investible is an early-stage VC with a storied past and a bright future.

We know that a legendary venture capital firm isn’t built overnight. Though we have more than a decade of stories, investments and experience behind our team and our company, we still consider ourselves at the beginning of the journey.

This is a look at our origins; the early days of Investible, and the roots from which we continue to grow.

Investible’s journey began in 1998 when co-founders Creel Price and Trevor Folsom founded Blueprint Management Group. Over ten years, the pair faced all the challenges of scaling a business head-on, successfully exiting the business for nine figures, in 2008.

The experience inspired Trevor to become active as an investor and advisor to growth companies, particularly in the technology sector. Creel dedicated his time to fostering entrepreneurship on a global scale, including developing the curriculum for the Branson Centre of Entrepreneurship in South Africa – a contribution that inspired Sir Richard to refer to Creel as “the living, breathing definition of an entrepreneur” in his book Screw Business as Usual.

The co-founders reunited a couple years later, combining Trevor’s investing pedigree and expertise with Creel’s focus on entrepreneur development and education, and a growing, active group of angel investors.

As the co-founders continued to build their early-stage investment insights, network, and portfolio alongside investors in Australia, Silicon Valley and globally, a community began to take shape.

The collaboration—known as Club Investible—kicked off in 2010 and was formalised under its current corporate structure with the incorporation of Investible in 2014.

By this time, Trevor had caught the angel investing itch. His passion led him to build deep roots in the then-fledgling Australian tech ecosystem. He earned a reputation as a hands-on early investor, providing pre-seed capital and support to several startups including future unicorns Canva and Ipsy.

Trevor and other Club Members jumped into the trenches alongside founders, such as Car Next Door’s Will Davies, taking on Board roles, connecting them to opportunities, talent and partners in Australia and beyond.

At the same time, and while actively investing as a member of Club Investible, Creel continued making his vision a reality. His work spanned the globe and informed a huge amount of IP, entrepreneur-focused programs and other initiatives which continue to help shine a light on the sector. In addition to his work with Investible, Creel published two business books and co-founded Club Kidpreneur, which has helped over 30,000 kids start their own micro-businesses.

Four years later, the Club Investible portfolio consisted of over 50 early-stage investments, which were continuing to mature.

Since 2014 Club Investible’s membership, experience and capability base has grown to include some of Australia’s most prominent investors and senior executives from around the world, investing and providing support for founders to scale their businesses globally.

Creel and Trevor recognised early on that to support Founders to be successful and deliver outstanding returns for investors required a different approach to early-stage investing. The team, by this time had also grown. As a result, In 2018, we shifted into another gear, launching the $22.5m Investible Early-Stage Fund 1.

Fusing the insights, experience, and programs Investible brought to bear, we implemented a unique philosophy and approach to sourcing, screening, securing, and supporting a portfolio of high quality early-stage businesses around the world. When done at scale, we refer to these as the "Five S's".

Among the many programs developed was the Investible Games, a unique event that challenges early-stage founders toward their first seed raise. Among many other partnerships with international organisations, we also produced a series of Angel Pitch events for OTEC (Beijing) throughout Southeast Asia. These events and programs took place across cities in APAC including Sydney, Jakarta, Melbourne, Singapore, Bangkok, Hong Kong, Manila, and Kuala Lumpur.

This approach combines the skills and expertise of the Club Investible community and platform, with our Funds. Investible's momentum and track record continued 3 years later with the oversubscribed raise of our $51.6m Early Stage Fund 2, and the launch of the Investible Climate Tech Fund in 2021.

Forward, into the future

In 2018, we expanded our footprint into Southeast Asia with a dedicated, local team. This compounded the global impact that Club Investible and our  mandate have had since day one. Capital and innovation are borderless: and so too is our investment philosophy.

With continued expansion in our global focus and increasing scale, our team has continued to grow. In 2021 we welcomed a new CEO, Rod Bristow, and expanded our investment, operations and support teams to envision and deliver a bright future together.

Trevor and Creel remain heavily involved with Investible. As directors and members of our Fund investment committees, we continue to leverage their experience and insights in our process and support of the portfolio. They also play an active role in mentoring junior members of the team. Creel is also at the helm of Greenhouse — the the all-new Climate Tech ecosystem and innovation hub we announced in 2021.

As we continue to grow, our community and our impact on founders and their companies grows with us. We’re excited and optimistic about what’s ahead. For the latest updates on our investment activity, growth, and Greenhouse, check out the Investible blog.

You can also see our open roles here.